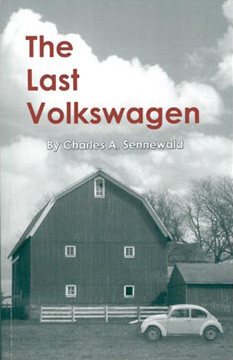 Competition with foreign products, having adverse effects on American labor, brings about a major political climate, and government. The new pro-labor congress out-laws the importation of foreign goods, including automobiles. Detroit and other industrial centers are reinvigorated and the economy booms. Growing economic success prompts new legislation, which mandates that all foreign-made autos must be exchanged on a government funded trade-in program within a specified three (3) year period. A new powerful regulatory and investigative agency, the Division of Import Controls (DIC) is created to enforce the new law. At the end of the 3 year period possession of a foreign car is a federal crime. In our story the government’s investigative efforts to rid the streets and highways of foreign cars has been achieved..except for one: a 1963 Volkswagen "beetle". This story focuses on the chief of the DIC and his dedication and commitment to locate and seize this last unaccounted-for car and a rancher in Nebraska who is equally determined they will never find it. It’s a fascinating journey leading to a clash of two very different kind of "giants", with unexpected results. Charles Sennewald’s writing style and interesting experiences during his lifelong career holds an interesting appeal for any reader.